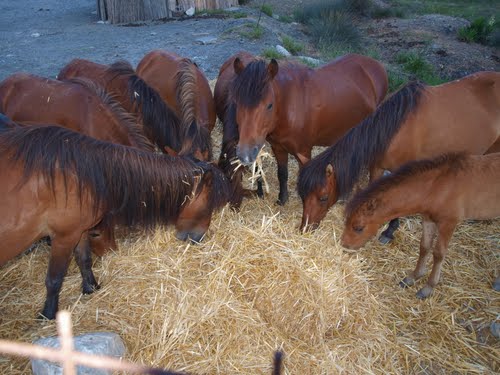 The Skyros breed generally stands between 9.1 and 11 hands high, and may be gray, gay, dun or brown. The small-bodied species of the Skyrian horse is one of the rarest horse breeds in the world. It is native to Greece, and in ancient times lived throughout the country, but now is only found in the wild in Skyros. At the time of writing [2009] there are 220 Skyrian horses in Greece, of which 152 live in Skyros. The Skyrian horse is a protected species.

The Skyrian horses are friendly, social, robust, intelligent animals; they are a particularly friendly breed. The head is very handsome, the mane long thick and usually in a hue darker than skin colour. Their legs are slim, strong and wiry, with strong joints. The tail is low set. The hooves are small, compact and strong, usually black in colour, and do not need shoeing.
A group called the sILVA PROJECTis currently working to promote the foundation of Skyros herds elsewhere in Greece and abroad. The Katsarelias -Simpson project based in Skyros is running a highly successful breeding, conservation, education and welfare project with the Skyrian Horses. Another key organisation working to protect the skyrian horse is the Skyrian horse society  who have created a stud book and are in the process of setting up a pedigree for the Skyrian Horse. Also another non profit organisation Hippolytus est.2010 (ελληνικά Ιππόλυτος) based in Falani Larissa is making efforts towards promoting the breed culturally and at the same time helping with its preservation.

The Skyros breed is believed to be descended from horses brought to the island of Skyros during the 5th to 8th centuries BCE by Athenian colonists. It is possible that they were used by Alexander the Great in his conquests, and also possible that they are the horses depicted in the friezes of the Parthenon.

They developed mainly as semi-feral horses in the mountainous area on the southern part of the island, although individuals were caught and tamed by farmers for agricultural uses. The advances in agricultural mechanization during the 1960’s called into question the survival of the breed, as they were no longer needed for farm work and their numbers were already low. The prevalence of feral donkeys in the same area of the island that the Skyros calls home is also a threat, as the two groups cross-breed and prevent pure breeding by the Skyros ponies.

During the 1970’s there was a short-lived breeding program focued on the Skyros breed. This program brought publicity to the breed, and resulted in them being declared critically endangered in 1991.

The ponies are often kept semi-wild, ranging the mountainous interior of the island until they are needed at the harvest for thresing grain. Skyroi are also used as pack horses, harness horses,and for riding. 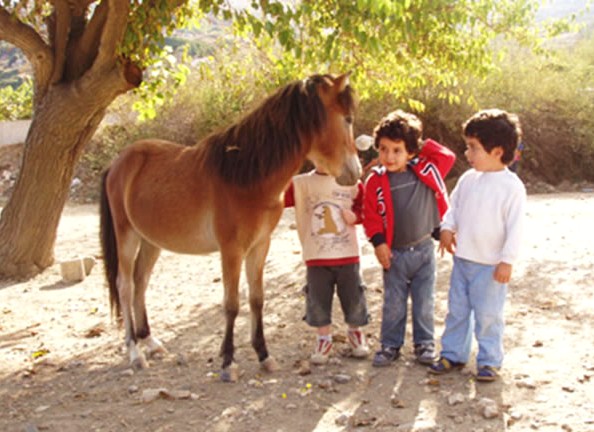 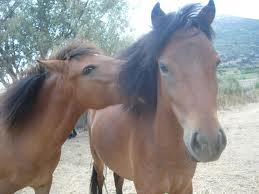